The Most Surprising Aspects of Studying In The United Kingdoms (UK) 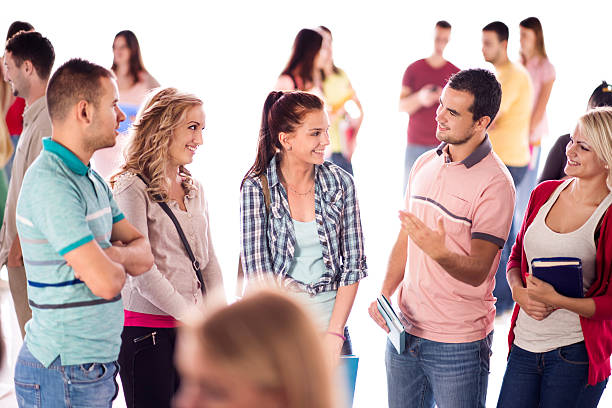 We asked current Scholars what they were surprised to find when they arrived in the UK.

Culture shock can occur when studying abroad, and this is true in the UK as well as elsewhere in the world.

We asked our current Scholars what surprised them the most about coming here to study. Here's what they had to say about everything from academic culture to the infamous British weather.

The most surprising aspects of UK universities

Many Scholars' comments reflected the open communication between professors and students in the UK, from calling professors by their first names to receiving personalized feedback on their work.

"My words are heard in this educational system," one Scholar said. "I am more than just a listener."

Many of our Scholars mentioned the high level of academic writing required of UK university students, as well as the number of readings required for each class.

"The MSc degree is far more difficult than I anticipated," one student said.

Academic study in the United Kingdom is also very self-motivated. "The amount of freedom and personal responsibility in the UK system is challenging for neurodivergent people, but if they succeed, it's a whole new set of skills and a level up," said one scholar.

Naturally, some of the most unexpected moments that students encountered while pursuing their degrees occurred when it came to submitting essays or completing exams.

Turnitin software is a plagiarism prevention software that you may encounter when submitting essays online, as mentioned by one scholar. It compares your work to its database and alerts the university if it is not your own.

Scholars also discussed the UK university grading system, where students rarely receive a perfect score. You might think you've failed if you get a 70, but that's a high grade! We've put together a helpful guide to explain UK grading.

Scholars also mentioned the large number of international students on campus and the support  Scholars receive from their universities.

They were also surprised by the age and experience gap that could exist between Scholars and local students.

In the UK, it's common for students to pursue a Master's degree immediately after completing their undergraduate degree, so many of your classmates will be younger than you and have less work experience.

Surprising facts about life in the United Kingdom

Several Scholars emphasized the discounts available to students in the UK, such as discounted museum admission, money off at high-street stores, and free movie tickets.

The United Kingdom is one of only 76 countries that drive on the left side of the road (compared to 163 on the right!). This can be confusing when you first arrive.

Appliances that are more common in UK households than elsewhere in the world were another culture shock. One example is a boiler, which is required in most UK homes to provide heating and hot water. It's also worth noting that most UK homes lack air conditioning!

"The people are the kindest and most helpful," said one Scholar, while another emphasized the UK's open networking culture.

This is especially true for Scholars, who join a pre-existing community of like-minded leaders.

One Scholar also mentioned the possibility of joining exercise groups.

"The number of races available every week, as well as the strong running community," they said.

It's true - programs like ParkRun provide free, weekly community events where everyone can get together to run around the local park, and they're popping up all over the country!

Finally, there is the British Weather.

This was bound to happen!

One Scholar stated that the weather was mostly nice and sunny in their experience, while others stated that it is not uncommon to see several seasons in one day.

"I remember a day when it snowed, rained, and then the sun came out, all in a loop!" exclaimed one Scholar.

Our Scholars were taken aback not only by the weather but also by how people in the UK reacted to it.

"Even in the dead of winter here, everyone wears shorts!" was another response.

While no study abroad experience is without surprises, hopefully, this gives you an idea of what to expect when studying abroad.