European Countries Where You Can Get a Master Degree for Free 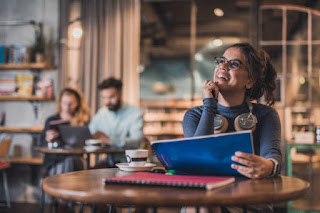 Are you studying but worried about your budget? We'll let you in on a little secret – you can do a master's in Europe for free or at a fraction of the cost!
If you're stuck between travel or further study after graduation, why not combine the two and do a master's in Europe? The best part is that it could be completely free.

You can now get postgraduate loans to help pay for a master's degree in the UK, but it'll still add to your pile of student debt and you'll likely have to foot the bill for living expenses.

While many European universities are allowing EU students to study for free, few are letting non-EU students join the party. We have listed them below.

Is the university in Europe Free

There is no definitive answer as to whether or not a university in Europe is free – in some countries, it is, in others, it is not. Many of Europe's university systems are publicly funded, meaning that higher education is often partially or fully subsidized by each country's government.

As a result, they can offer top-quality education at a fraction of the price we pay in the UK and some cases even offer free courses.

But there's a catch. These courses are usually only available to EU students. And as we are no longer part of the EU, this does not apply to UK students. Fortunately, some countries allow non-EU students to enroll in their postgraduate programs for free or for a small application fee.

Keep in mind that some of these places have a higher cost of living than the UK, meaning the money you save on graduating could be used on rent and food instead - so make sure you do some thorough research before you book your Select travel destination.

Some of those European countries in which you could get your master's degree for free, or highly subsidized are:

Crystal clear fjords, picturesque towns, and a chance to see the Northern Lights - Norway has it all. And what's even better, it's the only European country where anyone can do a master's for free, no university. 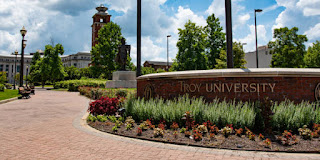 The best Universities for Foreign Students

None, but you may be eligible for Financial Aid (Lånekassen) if you have studied in Norway for 3 years before starting your  Master's studies and or have a family member who is an EEA national and lives in Norway.

The proportion of the population who can speak English is 90%.

The Cost of a Pint

Norway not only offers completely free courses, but also a high standard of living and a very low crime rate. And since most people in Norway are fluent in English, there's no need to improve your Norwegian language skills before moving.

Even if there are no tuition fees, students have to pay a small semester fee for the ÖH, which usually costs between £25 and £55.

In addition, Norway is one of the most expensive countries in Europe. It's a good idea to look into the many grants and scholarships available to international students to help cover costs. Home to some of the top-ranked universities in Central Europe, the Czech Republic welcomes international students from more than 20 cities. Cities like Prague and Brno have vibrant nightlife and it's impossible to find overpriced alcohol.

There are some scholarships available for international students.

The proportion of the population who can speak English is 27%.

The Cost of a Pint

Why choose the Czech Republic

In addition to the combination of low living costs and high quality of life, studying in the Czech Republic also offers you the opportunity to explore neighboring European countries in your free time.

Only master’s degrees taught in Czech are free for non-EU students. If you want to study English, you need to pay tuition fees. There may also be some additional registration fees. 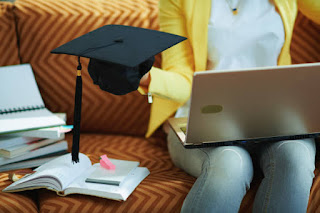 With a high standard of living, low crime rates, and a fantastic education system, Finland is one of the best places in Europe to study for free. And even if you live in the city, it's easy to take a few weekend trips to enjoy Finland's stunning countryside. These beautiful lakes and forests are the perfect study break, don't you think?

In general, you cannot receive financial aid unless you are a Finnish citizen. However, if you have been granted permanent residency status, you may be eligible.

The proportion of the population who can speak English is 70% (in general, but this number is higher in cities).

Cost of a Pint

Finland is consistently ranked among the (if not the) happiest places in the world. And that's no surprise when you consider the world-class healthcare, education, and beautiful scenery.

Unfortunately, English language degrees are not free for UK students. In addition, Finland, like the rest of Scandinavia, is not cheap. However, the salaries are about the cost of living, so a part-time job should bring in more than enough beer money if you can combine work and study.

Don't forget to plan for the cost of travel to and from your chosen destination each semester. 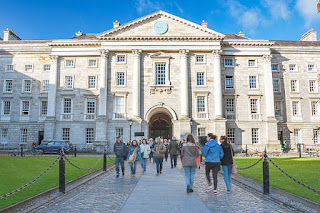 The Land of Fire and Ice is one of the most unique places on earth. But apart from the glaciers and volcanoes, Iceland is also one of the best places to live and study.

Additionally, Iceland has some of the best English-language Masters in Europe, making it a perfect place for British students.

Masters tuition fees for the UK and other non-EU students.

Free (but you have to pay an application fee each year which costs around £425).

The Best Universities for Foreign Students.

Usually none, but you may be able to get financial aid if you are married to an Icelandic citizen and have lived in Iceland for at least two years, if you are a family member of an EEA citizen, or if you have a residence permit.

The proportion of the population who can speak English is 98%.

Cost of a Pint

Iceland is one of the 10 most liveable countries in the world. In addition to its high standard of living, most Icelanders are fluent in English. And because of Iceland's geographic location, there are some unique research opportunities in the scientific field.

Iceland is even more expensive than Norway. Luckily, there are some scholarships for specific fields and universities. 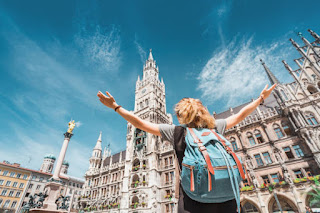 Home to some of the best universities in Europe, Germany is a great place to study abroad. The capital, Berlin, is one of the trendiest cities in Europe, so you certainly won't have trouble finding some great bars and clubs for a fun night out. On top of that, you'll be happy to know that most German cities also have cheap living costs.

Masters Tuition Fees for the UK and other non-EU students

Check with DAAD UK for postgraduate scholarships to study in Germany.

The proportion of the population who can speak English is 56% (but most people living in the cities speak English).

Germany has been named as one of the countries with the greatest support for international students in the world and the renowned universities combined with the low cost of living make it an ideal location for studying abroad.

Depending on the university, most students pay a semester fee of €50 – €100 per semester. However, this often also covers a public transport ticket and entitles you to discounts.